Compact soil has very little air space between its particles, so water and oxygen cannot penetrate. Although compact soil is perfect under a building, it can mean big trouble in the yard and landscape beds.

Plants, including lawn grasses, need access to soil moisture and oxygen. Compact soil reduces this accessibility to the point that the plants will dry up and die. Watering more frequently isn't a solution because the water will simply sit on the soil's surface until it evaporates. This standing water can lead to mold and algae taking over when the plants die back.

Symptoms of compaction include the aforementioned standing water after rain and irrigation, along with a few others. Landscaping plants and lawn grasses will first yellow, then turn brown before drying up and dying. Compaction problems often first show up in spring, after winter stress on the soil texture. Plants won't come up or the ones that do emerge will fail to thrive.

The good news is that compaction problems can be reversed, although your landscaping is more likely to survive if you catch the problem early. A three-pronged approach is needed—dethatching, aeration, and conditioning.

Your landscaper will use either a manual or motorized dethatching rake to scrape up the thatch layer on top of the soil. Lawn thatch is made up of dead material, such as grass clippings and pulverized leaves. It's beneficial as a thin layer, but sometimes it collects too thickly and creates a water barrier on top of the soil. Raking it up removes this barrier without harming the grass that remains.

The next step requires creating space between the soil particles. A core aerator tool removes plugs of soil at regular intervals across the lawn. This opens up the compaction so that the soil particles can begin to loosen. Air and moisture will move into these openings as the open cores collapse. The plugs are left on the soil surface where they will slowly break up and rejoin the soil.

Conditioning prevents compaction from reoccurring. At its simplest, soil is conditioned by adding decaying matter. As the matter decays, small air and water pockets open up in the soil. Lawns can be treated with a surface compost application after annual aeration, which will ensure there is plenty of organic material in the soil.

Contact a landscaping contractor if you need help bringing your lawn back to its former glory. 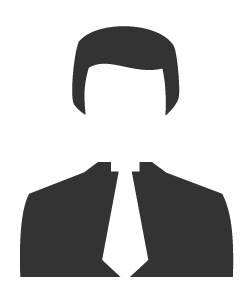 After we purchased our first home, I realized that there were a few things in the yard we needed to focus on. In addition to going through and weeding the entire area, we also started thinking about things that we could plant that would add a little interest. It was really incredible to see how much of a difference our efforts made, and pretty soon our yard was one of the nicest ones in our neighborhood. Believe it or not, we even had people asking us who did the work professionally, which was hilarious because we were just doing the best we could. This blog is all about making over your yard with the right landscaping.

Importance Of Installing Outdoor Lighting Around Your Home
25 January 2023
You might have carefully selected the perfect lighting for the inside of your home, but you might not have dedicated much time to choosing and install …

What You Need To Know About Soil Compaction
11 January 2023
Compact soil has very little air space between its particles, so water and oxygen cannot penetrate. Although compact soil is perfect under a building, …

Sand For Backfill: Improving Property Aesthetics And Stability
16 December 2022
Backfill is a process that describes using sand or another material to fill holes dug during a construction project. For instance, consider a construc …